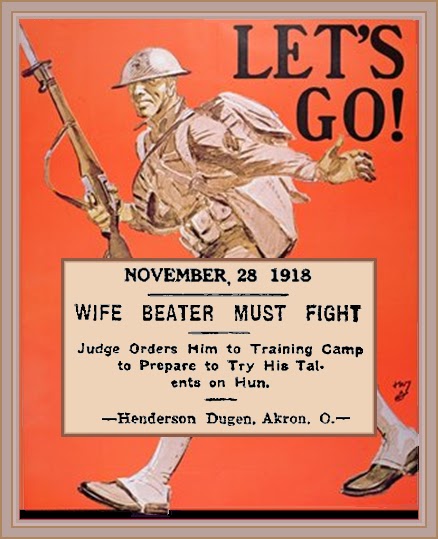 FULL TEXT: Akron, O. – Henderson Dugen, aged twenty-eight, cigar clerk, whipped his eighteen-year-old wife. He was taken before Judge Purdee, who pronounced the following sentence: “As you appear to be a fairly good fighter, the sentence of this court is that you go to Camp Sherman, or any other training camp the government may designate, and prepare to fight for your country during the duration of the war.”