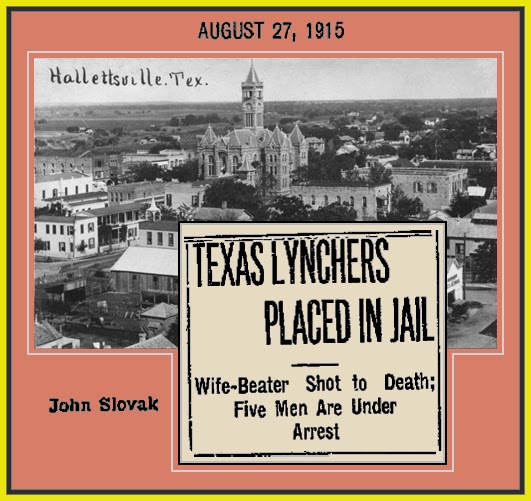 FULL TEXT: Hallettsville, Tex., Aug. 26.— Five men were under arrest here today in connection with the investigation into the lynching John Slovak at Shiner Tuesday.

Slovak, who had been arrested charged with beating his wife and child, was taken from jail and shot to death.