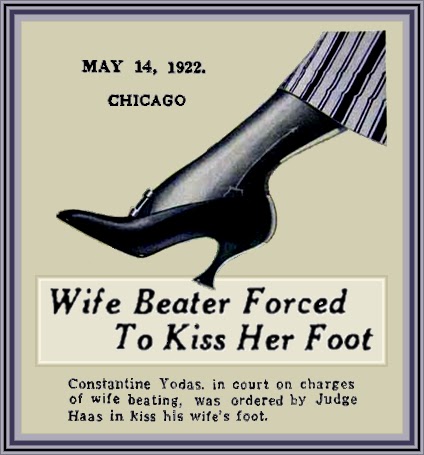 FULL TEXT: Chicago, May 13. – Constantine Yodas, in court on charges of wife beating, was ordered by Judge Haas to kiss his wife’s foot.

The sentence was pronounced when the prosecutor yelled, “this man isn’t fit to kiss his wife’s foot.” “I think he is fit and I so desire it,” said Judge Haas.

Whereupon Yodas stooped and kissed the toe of his wife’s shoe.