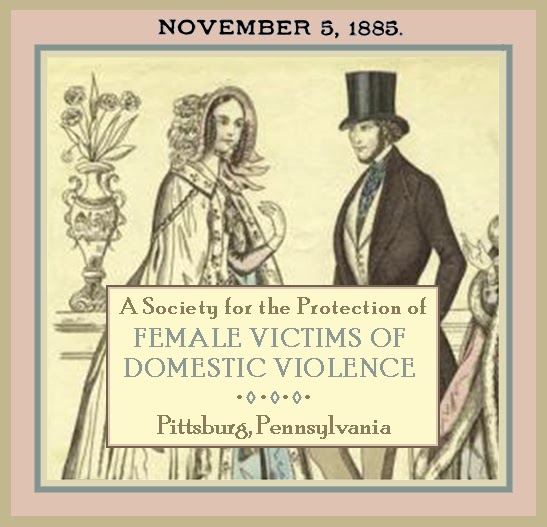 FULL TEXT: Some ladies and gentlemen of Pittsburg are organizing a society for the protection of married women , the chief object being the creation and maintenance of a fund for the prosecution of wife-beaters. Such an organization with a large membership roll would do good, indirectly as well as directly. The collection of a trifling admission fee from each member and the designation of an even smaller amount as dues would raise money enough to pay for counsel in many such cases, and the awakening of public opinion on the subject that would follow the announcement of the movement would tend to encourage the courts to make the sentences of convicted wife-beaters as severe as the law allows. It might even result in the passage of a law making the penalty severer.