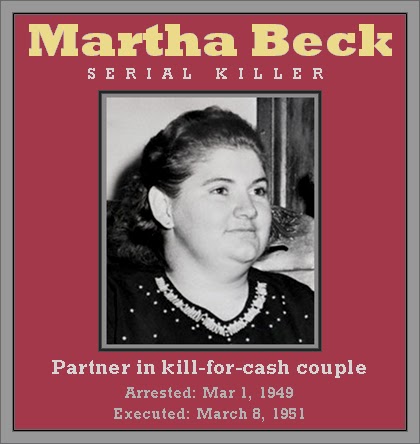 NOTE: Many writers claim that Beck and Fernandez are believed to have murdered as many as 20 women, but this is incorrect. This number includes the 16 women who were tracked down and found to be unscathed by the dangerous duo’s homicidal tendencies. Yet only four murders by the couple were confirmed (plus a probable killing by Fernandez before he met Beck). It is quite likely other murders would have followed had the pair not been nabbed when they were. After their arraignment, the killer-lovers signed a 73-page confession and were sentenced to death, but for only one murder, that of Janet Fay. They were both executed in the electric chair at Sing Sing prison on March 8, 1951. [RSS]

FULL TEXT: Grand Rapids, Mich. March 2 – Lists of missing women in a dozen states were checked today to learn if the “lonely heart killers” had slain more than three victims.

A list of 17 lonely hears correspondents in 12 states, including one woman they had already killed, was found in the possession of the kill-for-cash couple, Raymond Fernandez, 34, a toupeed, Spanish Casanova and his fat paramour, Mrs. Martha Beck, 30, a three-timed divorcee from Pensacola, Fla.

They swore they were the only victims. But doubtful police began checking all lists of missing women and reopened investigations into mysterious deaths of two other 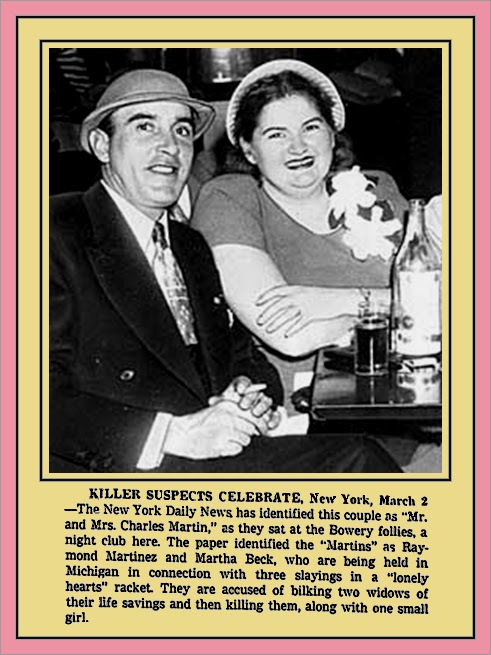 He confessed he shot the woman between the eyes last Saturday after Mrs. Beck, posing as a nurse, had given her an overdose of sleeping pills. The next day when the child “whimpered and cried all day and refused to eat,” Mrs. Beck held her head under water for 20 minutes, then bashed in her skull.

Mrs. Beck confessed killing Mrs. Fay in Valley Stream last January because she had become jealous of the attentions of the woman-wise Fernandez was paying her.

She said she battered the woman’s head with a hammer. 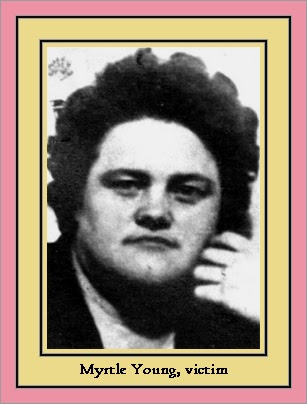 ***
On August 14, 1948 Raymond married his next victim, Myrtle Young of Greene Forest, Arkansas, in Cook County, Illinois, who was murdered the following day after Martha objected to Raymond’s intention to consummate the marriage. Before meeting Martha, Raymond is suspected of the murder of Jane Lucilla Thompson on November 7, 1947 in Spain. [RSS] 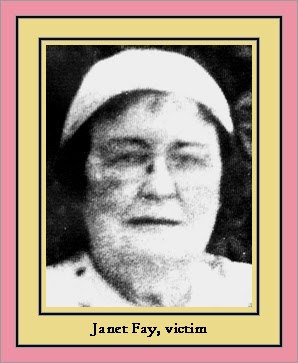 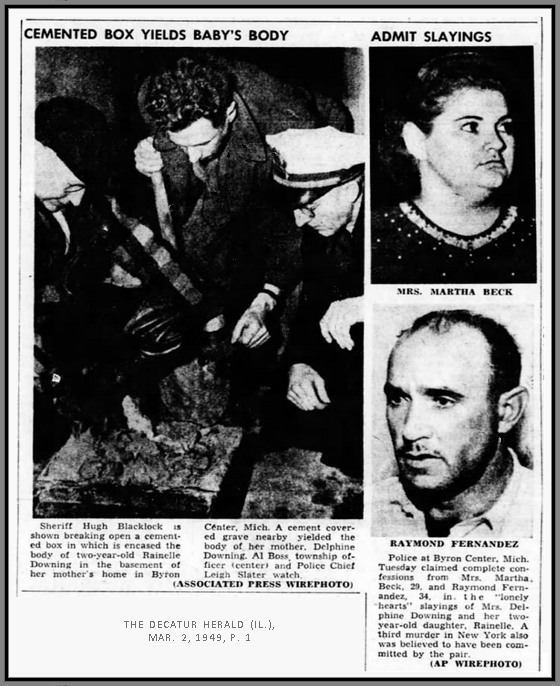 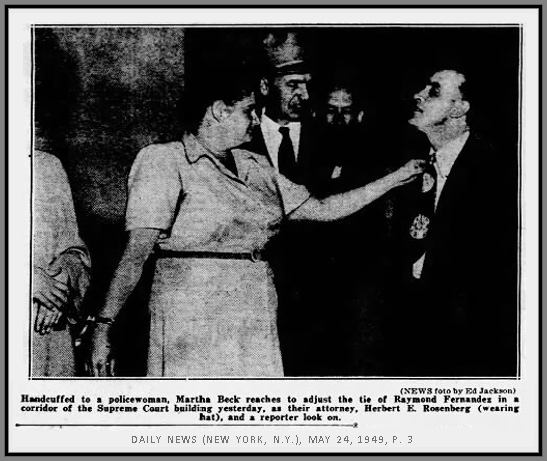 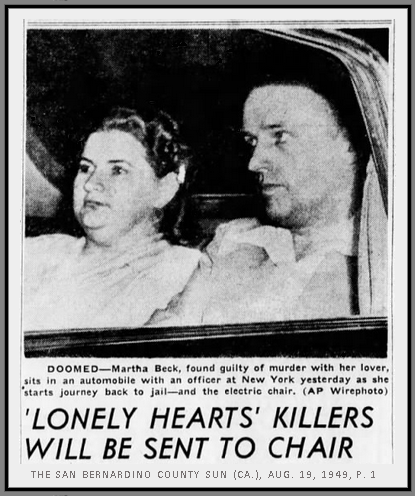 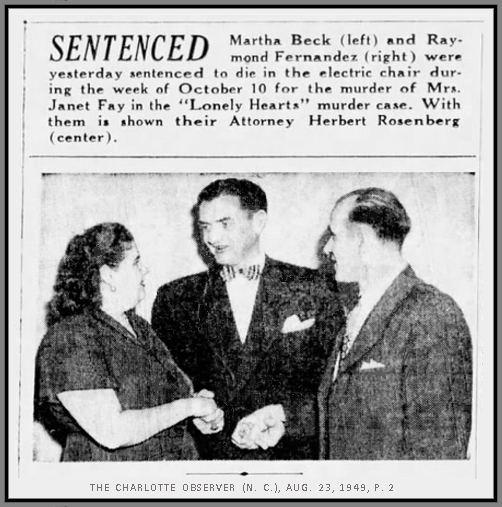 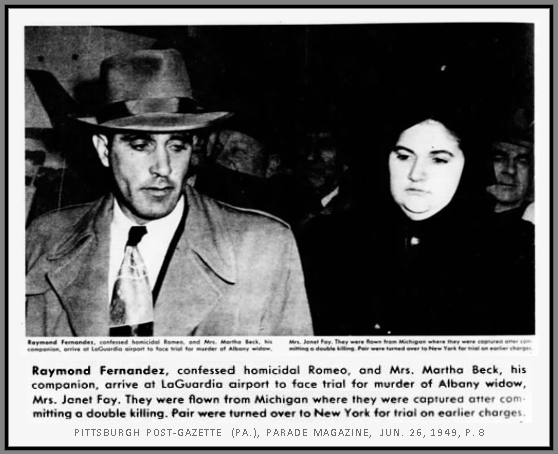 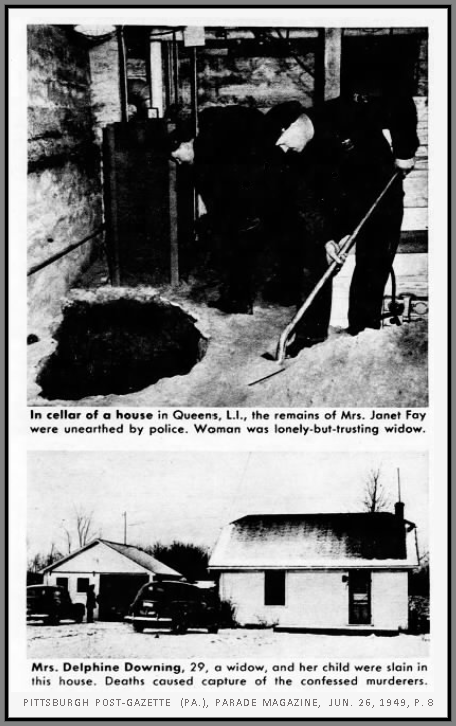 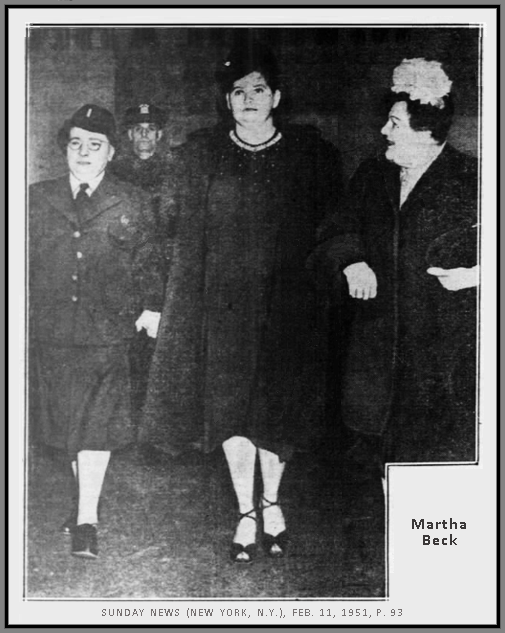 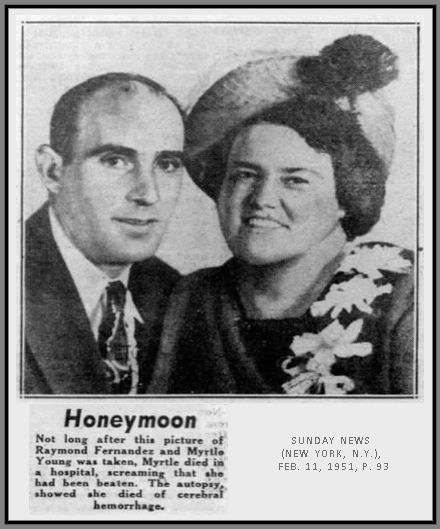 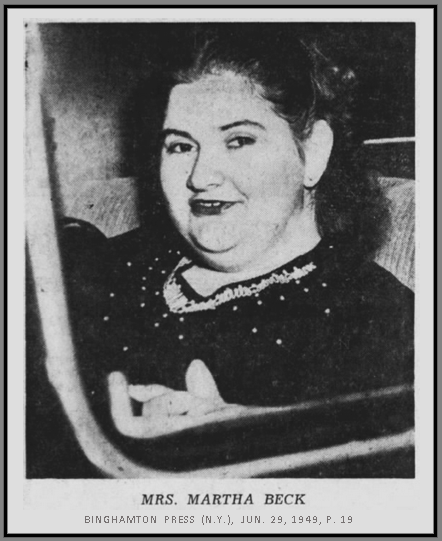 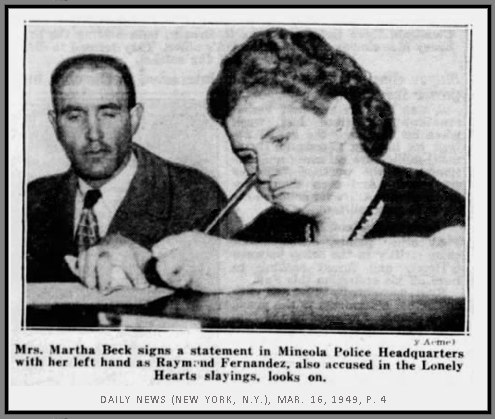 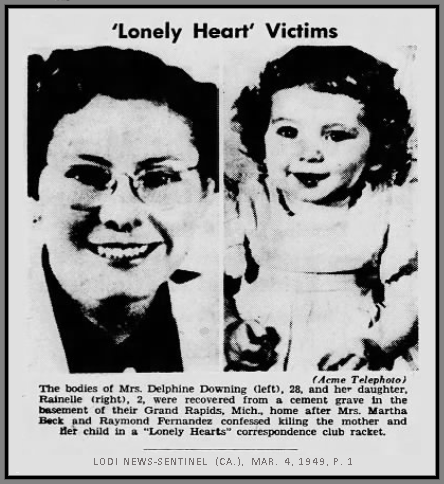 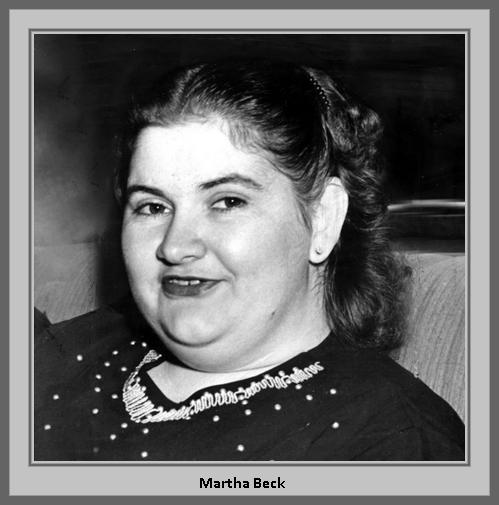 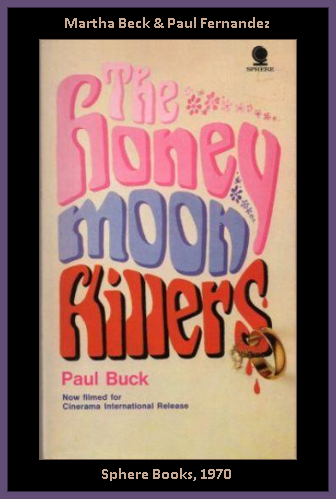 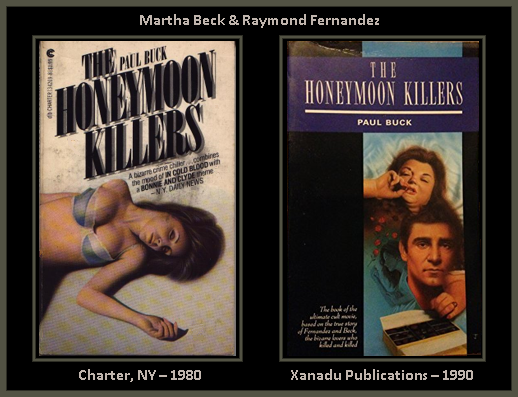 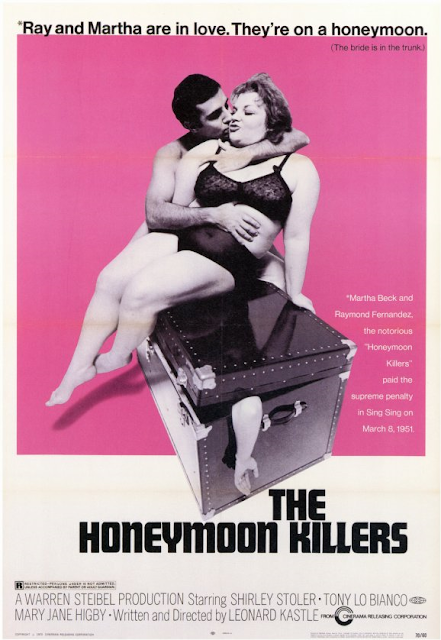 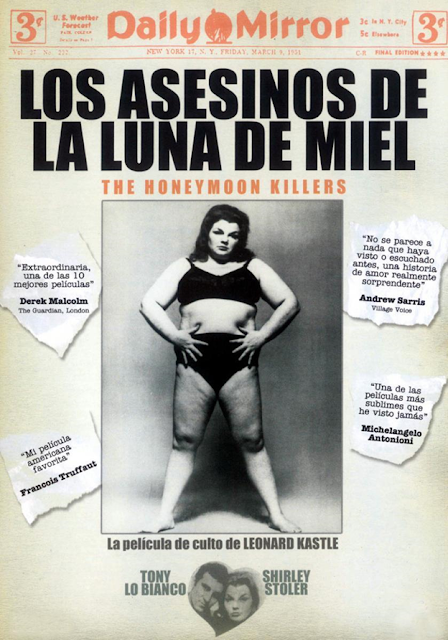 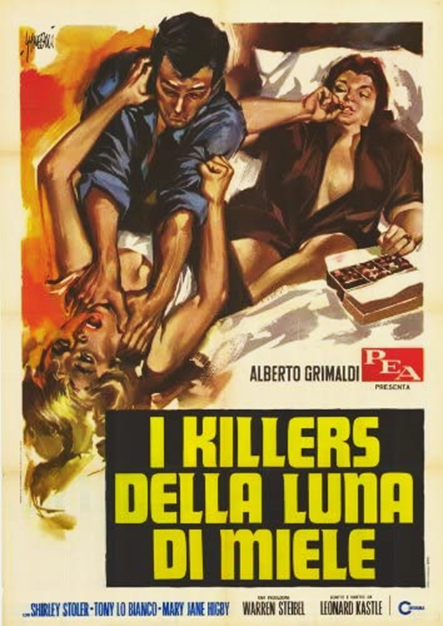 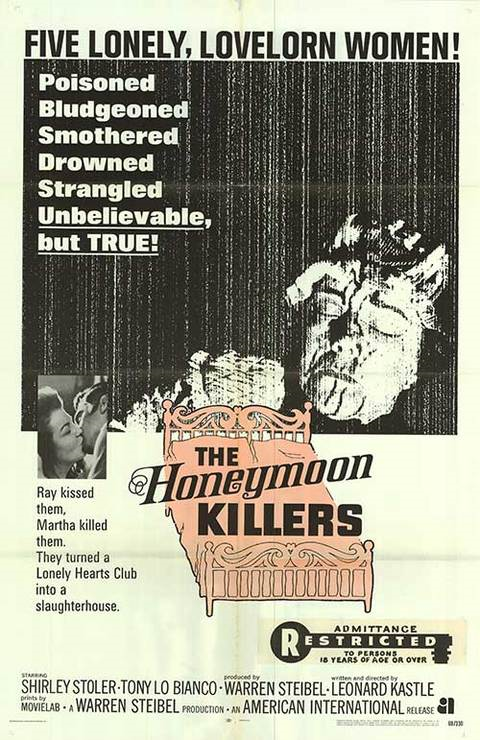