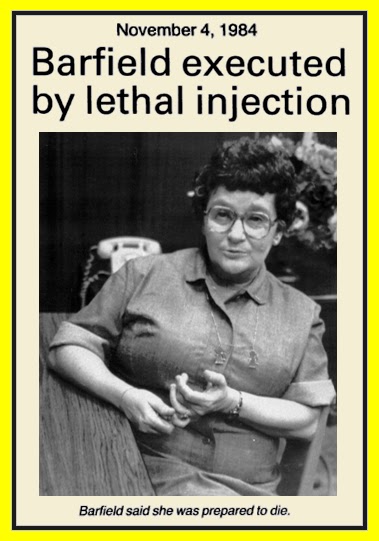 Wikipedia excerpt (Article 1 of 3): Margie Velma Barfield (née Margie Velma Bullard) (October 29, 1932 – November 2, 1984) was an American serial killer, convicted of one murder, but she eventually confessed to six murders. She was the first woman in the United States to be executed after the 1976 resumption of capital punishment and the first since 1962. She was also the first woman to be executed by lethal injection.

Velma Barfield was born in rural South Carolina, but grew up near Fayetteville, North Carolina. Her father reportedly was abusive and she resented her mother who did not intervene in the beatings. She escaped by marrying Thomas Burke in 1949. The couple had two children and were reportedly happy until Barfield had a hysterectomy and developed back pain. These events led to a behavioral change in Barfield and an eventual drug addiction.

Thomas Burke began to drink and Barfield’s complaints turned into bitter arguments. On April 4, 1969, after Burke had passed out, Barfield and the children left the house, returning to find the home burned and Burke dead. Only a few months later, her home burned once again, this time with a reward of insurance money.

In 1970, Barfield married a widower, Jennings Barfield. Less than a year after their marriage, Jennings died on March 22, 1971 from heart complications, leaving Velma a widow once again.

In 1974, Barfield’s mother, Lillian Bullard, showed symptoms of intense diarrhea, vomiting and nausea, only to fully recover a few days later. During the Christmas season of the same year, Lillian experienced the same illness as earlier that year, resulting in her death only hours after arriving at the hospital on December 30, 1974.

In 1976, Barfield began caring for the elderly, working for Montgomery and Dollie Edwards. Montgomery fell ill and died on January 29, 1977. A little over a month after the death of her husband, Dollie experienced identical symptoms to that of Velma’s mother and she too died (March 1, 1977), a death to which Barfield later confessed.

The following year, 1977, Barfield took another caretaking job, this time for 76-year old Record Lee, who had broken her leg. On June 4, 1977, Lee’s husband, John Henry, began experiencing racking pains in his stomach and chest along with vomiting and diarrhea. He died soon afterward and Barfield later confessed to his murder.

Another victim was Rowland Stuart Taylor, Barfield’s boyfriend and a relative of Dollie Edwards. Fearing he had discovered she had been forging checks on his account, she mixed an arsenic-based rat poison into his beer and tea. He died on February 3, 1978, while she was trying to “nurse” him back to health; an autopsy found arsenic in Taylor’s system. After her arrest, the body of Jennings Barfield was exhumed and found to have traces of arsenic, a murder that Barfield denied having committed. Although she subsequently confessed to the murders of Lillian Bullard, Dollie Edwards, and John Henry Lee, she was tried and convicted only for the murder of Taylor. Singer-songwriter Jonathan Byrd is the grandson of Jennings Barfield and his first wife. 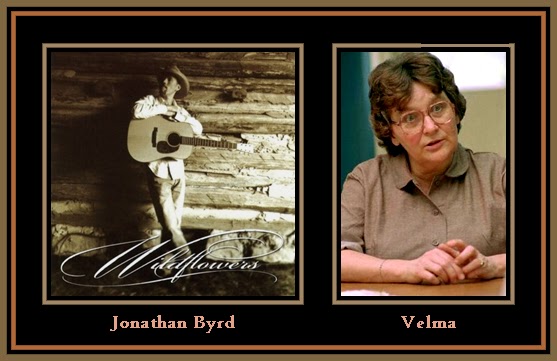 Jonathan Byrd’s song “Velma” from his Wildflowers album (2001, Waterbug Records) gives a personal account of the murders and investigation.

FULL TEXT (Article 2 of 3): Raleigh, N. C. – Three daughters of victims of condemned poison killer Margie Velma Barfield say she is a “cold-blooded murderess” trying to portray herself as a loving mother to save herself from the death chamber.

“Even though we suffered the terrible anguish and pain of losing our fathers, we must now relieve the whole horrible experience as we see Velma Barfield portrayed as a loving mother and grandmother – while all the time we know that she is a non-caring, cold-blooded murderess,” said Alice Taylor Storms charged Monday.

Storms, Sylvia Lee Andrews and Margie Lee Pittman, all of Lumberton, delivered 2,000 letters supporting Barfield’s execution to the office of Gov. Jim Hunt, who is considering a petition to grant executive clemency to the 51-year old death row inmate.

Barfield would become the first woman executed in the United States in 22 years if she dies as scheduled Nov. 2. under state law, she can choose death by lethal injection or the gas chamber.

Hunt plans to decide Barfield’s fate within with two weeks and has scheduled meetings this week with death penalty opponents and families of Barfield’s four victims.

Barfield, who has been appealing her death sentence for six years, has blamed her crimes on drug addiction.

Barfield also has confessed to poisoning her 74-year-old mother and two elderly Lumberton residents for whom she worked as private nurse – John Henry Lee, 80, and Dolly Edwards, 85. Andrews and Pittman are Lee’s daughters. 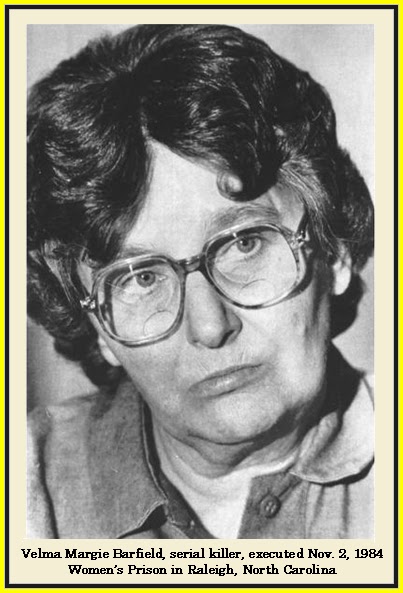 FULL TEXT (Article 3 of 3): Raleigh, N.C. – A grandmother who poisoned four people with rat killer to hide a drug habit, found her “gateway to heaven” in pink pajamas Friday, dying by lethal injection as the first woman executed in the United States in 22 years.

“I want to say that I am sorry for all the hurt I have caused,” said 52-year-old Margie Velma Barfield shortly before she was injected with large doses of chemicals at 2 a.m. EST.

As the plump matron, clad in pink pajamas and blue slippers, died peacefully from sodium pentothal and a muscle relaxant, some death penalty advocates outside the stark prison shouted, “Burn the bitch.”

Barfield, who had said she wanted to “die with dignity,” was pronounced dead at 2:15 a.m., and death protesters waiting in the dark, chilly morning snuffed out candles they had held in a prayer vigil.

“I didn’t notice any kind of suffering at all,” an execution witness said.

“There was no jerking. She just seemed to relax.”

Witnesses said Barfield moved her lips as if to speak and swallowed hard before turning “reddish-gray” in death.

In the prison, many inmates banged objects on their cell walls in rhythm to protest the execution. Barfield, a soft-spoken private nurse who also killed her 74-year-old mother and two elderly shut-ins with arsenic, was apologetic in her final statement.

“I know that everybody has gone through a lot of pain, all the families connected, and I am sorry,” she told Prison Warden Nathan Rice. Hours before she died, Barfield offered her eyes, kidneys and liver for transplants and, after the execution, state troopers rushed her body to a medical school at Winston-Salem to remove the organs.

Her eyes, a portion of her skin, and bone tissue were removed and stored for future use. Medical technicians attempted to restart Barfield’s heart after the execution so her kidneys could be salvaged but were unsuccessful, said Roger Whitfield of the National Transplant Foundation.

“I would like to share the last thing she said to me,” Wade Holder, a friend of Barfield, told reporters.

Sixteen people witnessed the nation’s first execution of a woman since 1962, when California executed Elizabeth Ann Duncan, a jealous mother who hired two hoodlums to kill her pregnant daughter-in-law. 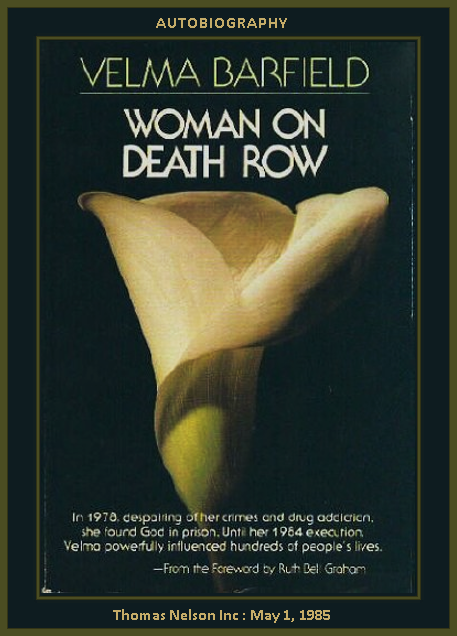 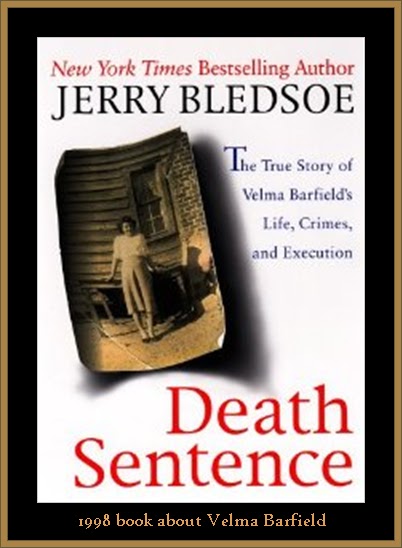 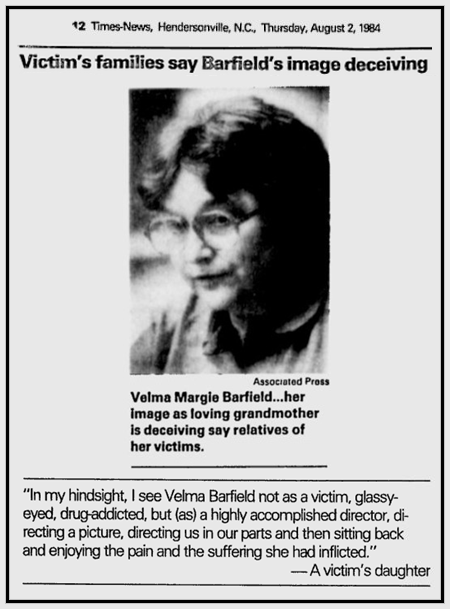 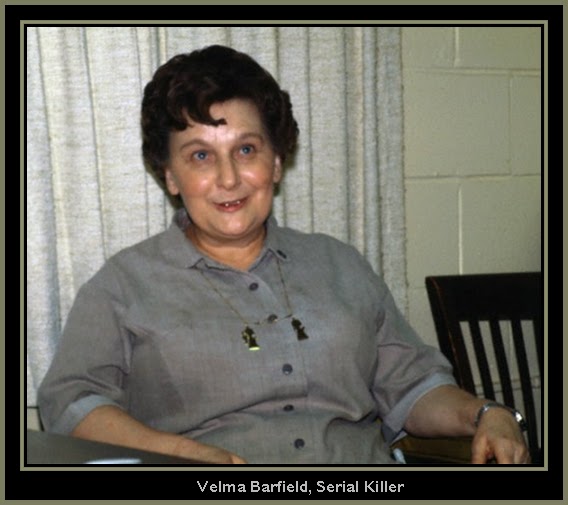