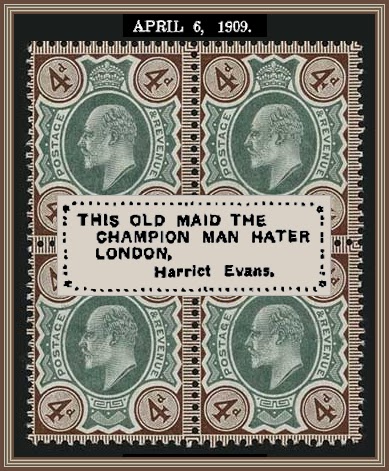 FULL TEXT: London, April 6. – The eccentricities of an old woman were described at the inquest at Hackney on Harriet Evans, a spinster, aged 68, who was found dead in bed.

The landlady said that Miss Evans always kept the blinds of her room down. No one ever visited her, and nothing was known of her relatives. She hated men.

She was so much against the men that she would not even have any of the king’s money. If any was given her she would throw it in the fire. She declined to have her letters delivered because the stamps bore the king’s head, and called at the office for them. 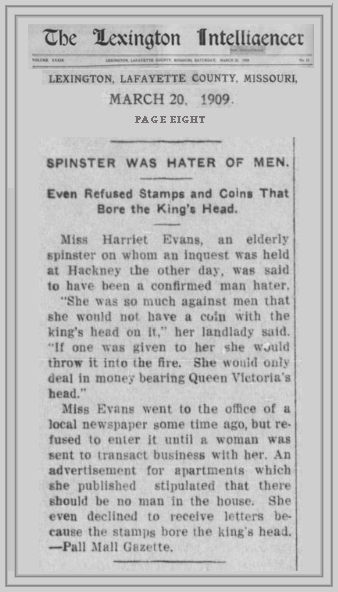