Mom Hates Little Boys, She Says, So She Murders Her Son: Georgette Brucks - 1949 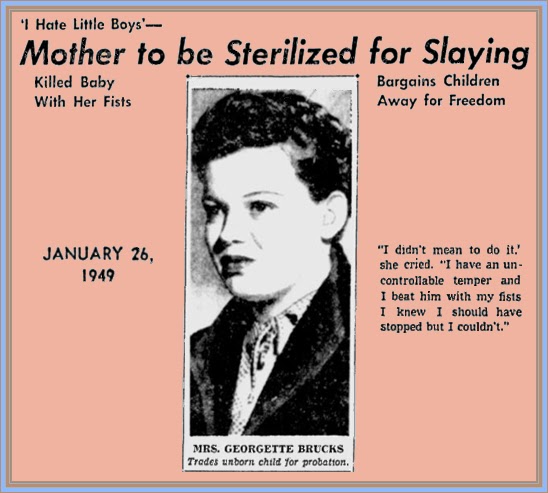 FULL TEXT: Los Angeles, Jan. 26 —Mrs. Georgette Brucks, 21, wept in her jail cell today for the child she will bear next month, and whom she will never see.

The young mother, who killed her seven-month-old son because she “hated boy babies,” traded her unborn child and two other boys, Edmond. Jr., and Donald, 18 months.

The pudgy brunette, already the mother of four children, pleaded guilty to manslaughter yesterday and Superior Judge Thomas L. Ambrose gave her a suspended sentence and six years’ probation on condition that she put her children up for adoption and submit to sterilization.

Mrs. Brucks agreed, alter consulting psychiatrists and psychologists. Then she returned to her jail cell and wept.

“I didn’t mean to do it,” she cried. “I have an uncontrollable temper and I beat him with my fists. I knew I should have stopped but I couldn’t.”

The sterilization order was believed to be the first ever given to a woman in local court history.

Mrs. Brucks is awaiting the birth next month of a child by Donald Redman, 23, a printer with whom she had lived for three years. He fathered the dead child and the other two boys. A daughter is in custody of her estranged husband, Edmond Brucks.

“I didn’t want to give up my babies, but it may be better all the way around,” she said. “I hope they will never know their background.”

She said she plans to divorce her husband and marry Redman. The court ruled she must never learn what families adopt her children.

The woman must spend two more months in jail as part of the probation.

“My attorney has assured me of a job when I get out of jail, and I’m looking forward to marriage and to picking up the pieces of my life,” she said.

“At the time Georgette was up for sentence I asked for the appointment of a psychiatrist,” said her attorney, Walter Anderson.

“Georgette came from a broken home and I believed many psychiatric and psychological factors were involved when the psychiatrists’ findings were returned, it seemed only feasible to recommend sterilization. She is only 21 and the mother of four children.”

He read from a medical report which called the woman “irresponsible.” 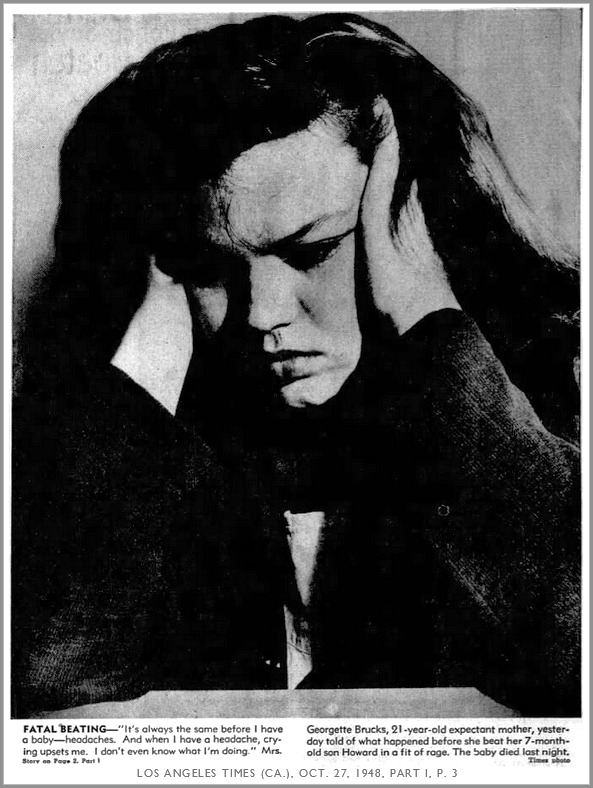 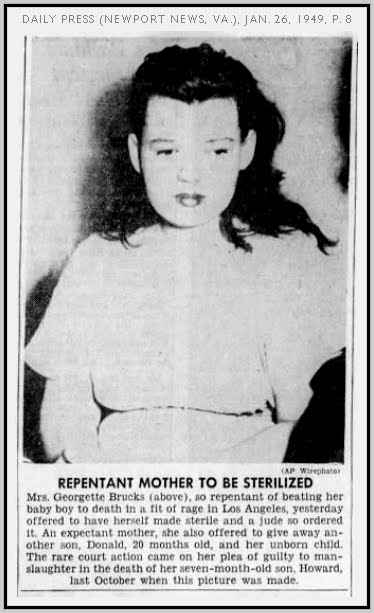 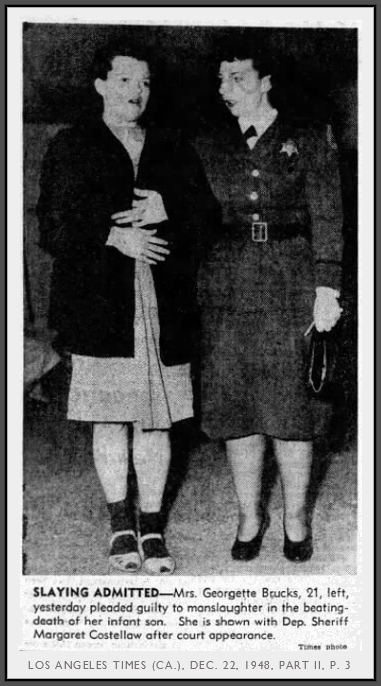 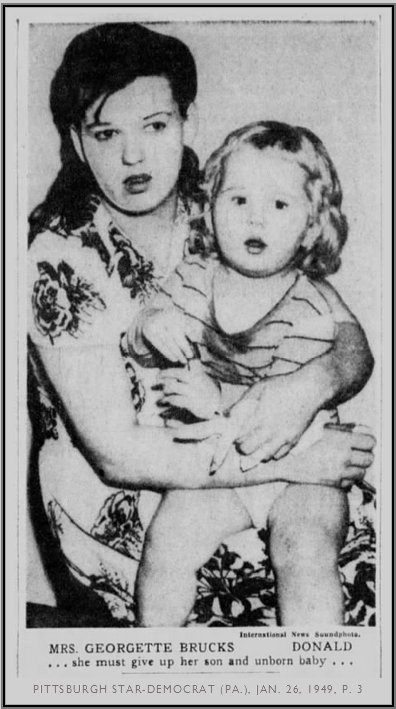 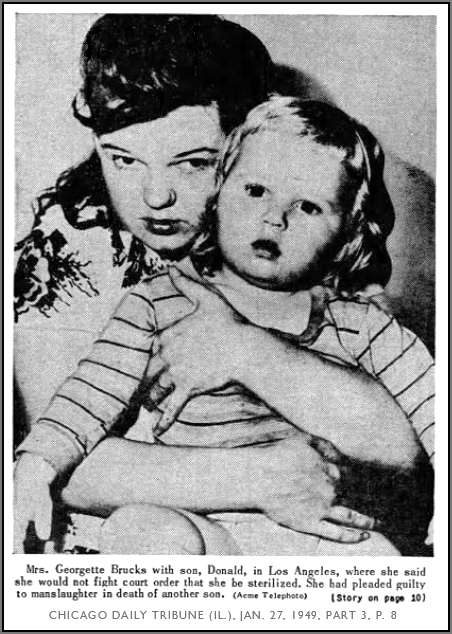 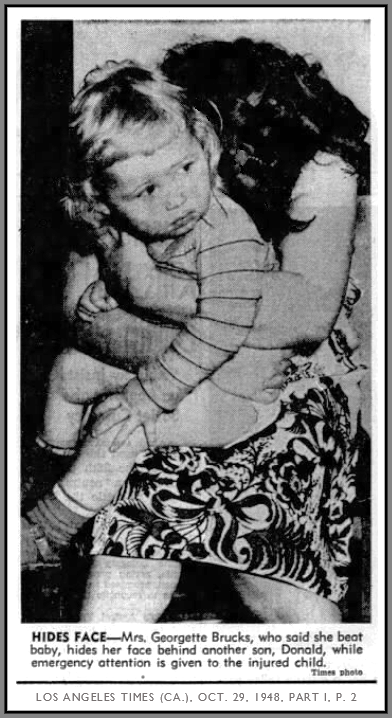 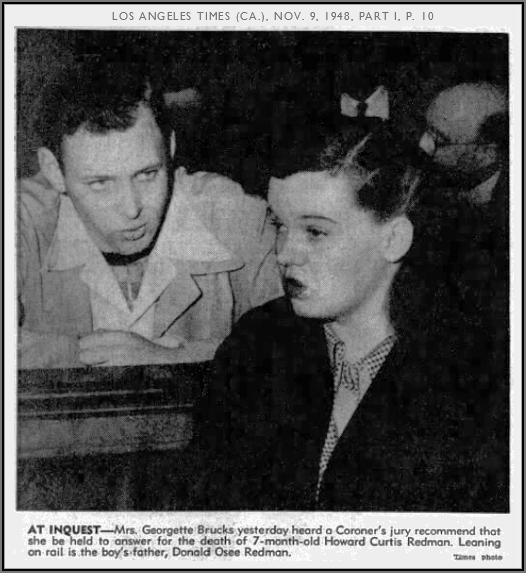 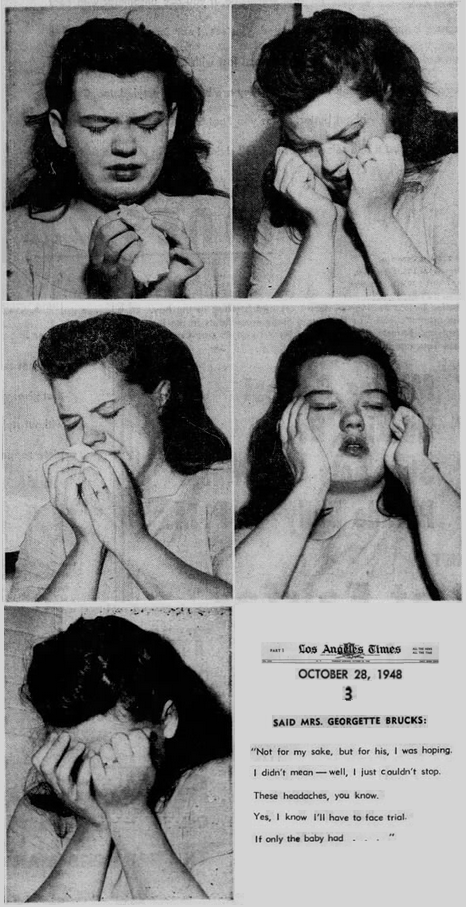 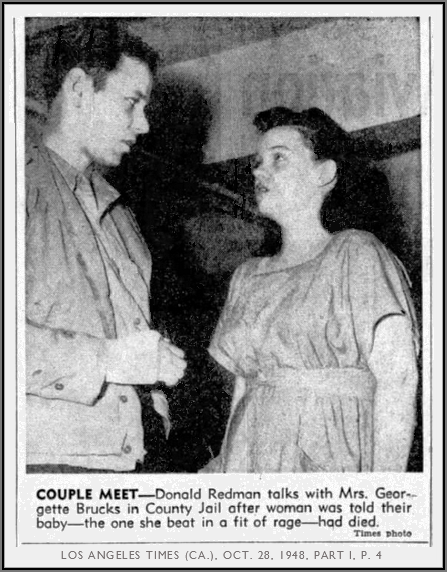 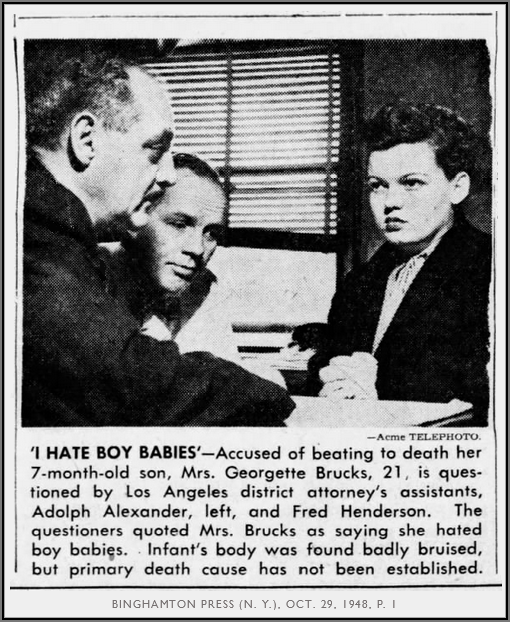 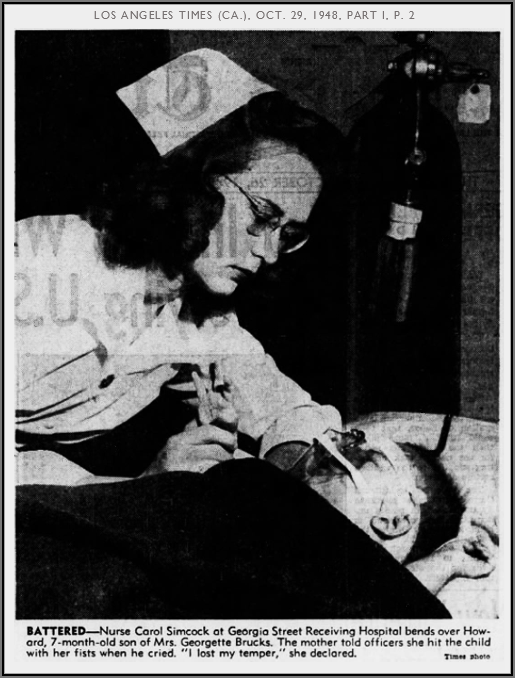