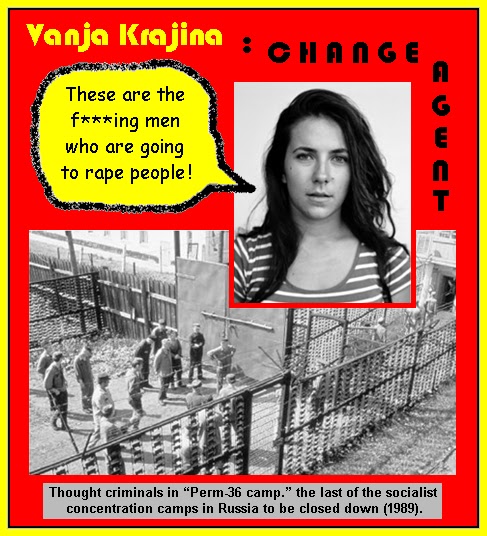 “Rape culture” is a recently concocted propaganda term used by collectivist groups to promote the abridgment of civil liberties of men as a part of a larger effort to support the growth of the surveillance police state. The collectivist principle of “guilty until proven innocent” is central to those who wish to make a living applying social control policies of the East German, Soviet or National Socialist variety to curb political dissent and other forms of unorthodox thought and speech. Freedom is anathema to the collectivist mentality.

Vanja Krajina, a participant in a university-sanctioned women’s studies protest against making available data on the growing epidemic of educational marginalization, court-ordered drugging and suicide that affects boys, recently made herself a notable public figure for her aggressive hate speech directed at attendees to a lecture on November 16, 2012 at the University of Toronto. All males were, in her collectivist logic, deserving of the label “potential rapist,” due to the fact they wished to learn more about the struggles which boys face in contemporary society.

“These are the f***ing  men who are going to rape people!” was this change agent’s mantra.

"To The University of Toronto Student’s Union," Paul Elam, A Voice for Men, Dec. 5,

False rape accusations have previously been used against innocent men as a way of destabilizing the rule of law.

The tactic was used by the German National Socialist military, with the collaboration of young women willing to lie, against the United States Army following the defeat of the collectivist German Third Reich. 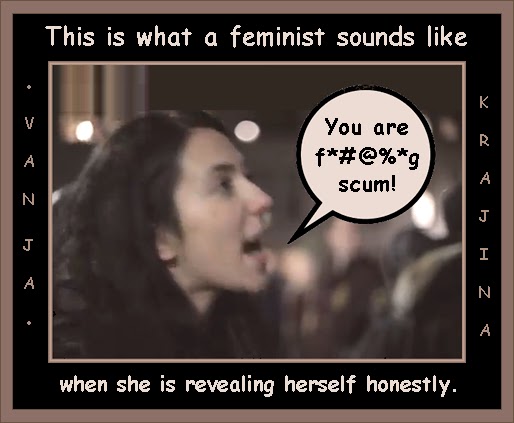 NOTE: Krajina photo and quotation, taken from A Voice for Men website,  is used here under United States "Fair Use" terms as part of an editorial criticism of public speech made in a public commons area.