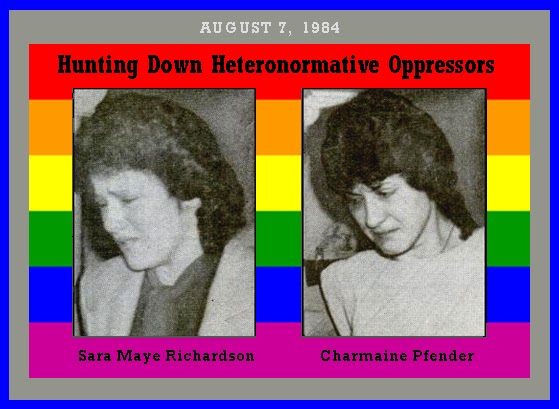 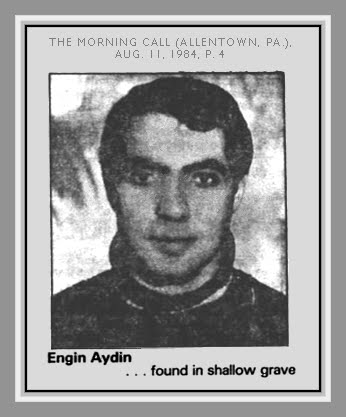 FULL TEXT (Article 1 of 1): Pittsburgh – Two women, dubbed by police as “men haters” and brought back from Virginia in handcuffs have been charged with homicide in connection with the shooting death of a Turkish student, police said.

Charmaine Pfender, 18, of Pittsburgh and Sara Mae Richardson, 20, of Imperial were charged late Sunday with one count each of criminal homicide, according to Allegheny County Deputy Coroner Jim Bodack.

They were arraigned before Deputy Coroner Fred F. Bell shortly before midnight after being flown back to Pittsburgh from Virginia Beach, Va., earlier in the evening.

“There were no problems,” Bodack said. “The arraignment has taken place and they’re off to the (Allegheny) county jail.”

Ms. Pfender and Ms. Richardson are charged with killing Turkish student Engin Aydin, 24, while on a double date and burying him in a shallow grave in a remote wooded area near the Greater Pittsburgh International Airport, according to authorities.

“I believe this was a premeditated murder and I am standing by that,” Nevling told The Pittsburgh Press.

“Anti-male feelings is what we got from an informant, and that’s all we’ve got so far.”

Police launched a search for the two women Wednesday, when Erdogan staggered out of the woods, bleeding from a bullet wound in his shoulder and told police officers of a date that “went sour.”

Erdogan led police and bloodhounds back to the site of the shooting, where officers found Aydin buried under leaves, sticks and clay.

Authorities say Erdogan was being held in seclusion over the weekend, and had requested to return to Turkey. 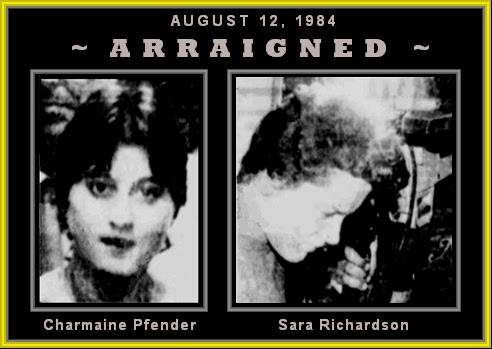 “He’s still very emotionally disturbed,” said Malik Tunador, president of the Pittsburgh Turkish-American Association. “They’re giving him sleeping pills and tranquilizers to keep him calm. He continues to have nightmares and flashbacks.” Tunador said Erdogan, who along with Aydin was studying English at Pittsburgh’s Point Park College, would remain in the city at least until the coroner’s preliminary inquest, set for Aug. 17.

After the shooting, the two women fled to Virginia Beach, where they turned themselves in to authorities and waived extradition rights, authorities said.

Ms. Pfender’s mother, Donna, said her daughter told her in a telephone conversation from the Virginia Beach jail that she acted in self-defense.

“She was crying on the phone,” Mrs. Pfender said. “She said the story is not as it appears. She said it was self-defense.”

The owner of a sporting goods store in Imperial, near Pittsburgh, said Ms. Richardson attempted to purchase a box of 50 shells for a .357 Magnum handgun from his store on the day of the shooting.

Edward Sarachine told the Pittsburgh Press he refused to sell the shells because Ms. Richardson, whom he knew, was under age.

“She asked about the shells, but I turned her down,” said Sarachine. State law prohibits the sale of that caliber of ammunition to people under 21.

The Press reported that Erdogan told police he and Aydin drove to the woods with the two women after one suggested the group visit her relatives.

After reaching the rural area, one woman asked the men to turn their heads.

As they did, Erdogan said, Ms. Richardson pulled out a knife and Ms. Pfender pointed a handgun at them.

The women took out ropes to tie them up, Erdogan said, but Aydin slapped Ms. Pfender when she tried to tie him and Ms. Pfender shot them, the Press reported.

Nevling said the two men were not robbed. “The survivor doesn’t know why he was attacked,” he said. 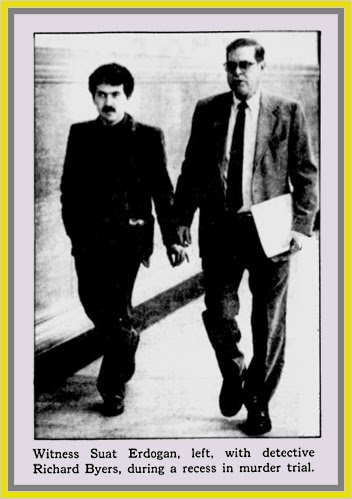 FULL TEXT (Article 2 of 3): As Turkish student Suat Erdogan spoke with a heavy accent, he was able to draw a picture for a Common Pleas jury of the moonlight night in a desolate area of a foreign land when his friend was killed and he was wounded.

Charmaine Pfender, 18, and Sara Mae Richardson, 20, both of Imperial, are on trial in the Aug. 7 death of Engin Aydin, 24, another Turkish student at Point Park College, and the wounding of Erdogan, 25.

Erdogan’s story unfolded yesterday, obscured at times by his limited understanding of English. When the words eluded him, he Turned to a Turkish interpreter for help in explaining how Aydin was killed in a remote area of Findlay, near the Greater Pittsburgh International Airport.

The taste of terror emerged from Erdogan’s testimony – his flight into a dark woods with his hands bound behind him, the pain of a bullet striking his back and the .357 Magnum revolver fired next to his temple as he lay in a ditch.

He told of surprise and bewilderment when Ms. Pfender pointed a gun at them as they sat in the back seat of a car.

Erdogan said his friend asked Ms. Pfender, “Why do you do this? What did we do wrong?” He was told, “Don’t move. Don’t say anything.”

After Ms. Richardson tied his hands, Erdogan said, she pulled him from the car by his hair.

Deputy District Attorney Chris Conrad took Erdogan through the events leading to Aug. 7, from the time two days earlier when he and Aydin met the defendants in Point State Park.

Erdogan told how the two men went walking with the women, had drinks and agreed to meet again.

When Ms. Richardson arrived that night in front of the college, her clothes were covered with dirt; she told the two men she had been playing softball.

Aydin and Erdogan ran to Ms. Richardson’s auto and found Ms. Pfender also with dirt on her clothes.

Ms. Richardson drove out the Parkway West, saying they would go to Ms. Pfender’s grandmother’s home to take a shower.

Erdogan said Ms. Richardson drove on a rough road with many potholes. She stopped the car and Ms. Pfender got out to urinate.

When Ms. Pfender got back into the car, she suddenly turned, holding a gun on both of them.

He said Ms. Richardson cut sections of rope with a knife, and Ms. Pfender fired a shot into the air from the car window. Ms. Richardson tied Erdogan’s hand behind him.

As he faced away from the car, Erdogan said, he saw Ms. Pfender run past him toward Aydin.

Erdogan started to run, then heard another shot and felt a pain in his upper back.

He fell to the ground and lay very still on his left side as two forms approached through the darkness.

Erdogan said Ms. Pfender held the gun and he felt the barrel against his temple. He turned his head suddenly when the gun fired. The shot missed.

He heard noise, some talking and the outline of the women in the moonlight. It had begun to rain.

“While rain was starting, they couldn’t hear any noise, so I changed my place,” he said.

Erdogan said he wandered in the woods until he passed out. In the morning, he walked to a road and finally got a motorcyclist to take him to the police.

Detective Robert Payne of the county homicide squad said he accompanied Ertogen to the area in search for Aydin.

When a folding-knife was found off Clinton-Enlow Road, Erdogan “looked at the knife and became shaken and began sobbing,” Payne said.

Aydin’s body was found Aug. 9 in a grave 18 inches deep, concealed by brush, near where Erdogan said the attack occurred.

The women surrendered later to authorities in Virginia Beach, Va. 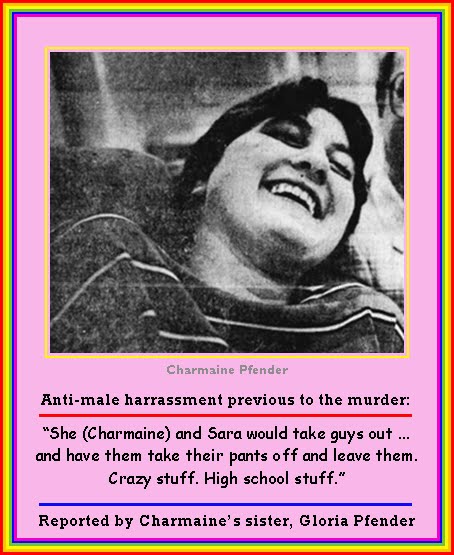 FULL TEXT (Article 3 of 3): Pittsburgh – Two women have been sentenced to life in prison in the murder of a Turkish student and the wounding of his friend during a double date in 1984. Charmaine Pfender, 19, of Pittsburgh, and Sara Mae Richardson, 21, of nearby Imperial, were sentenced Friday in the fatal shooting of Engin Aydin, 24, of Bozagac, Turkey.

Prosecutors did not seek a death sentence.

The women were convicted on March 27 of killing Aydin and wounding his friend, Suat Erdogan, 25, of Karabuk, Turkey, in August 1984. Both men were students at Point Park College in Pittsburgh and had been living in the United States only a few months.

Erdogan, who was shot in the neck when he tried to flee from the women, helped authorities find Aydin’s body in a shallow grave Aug. 7,1984, in a rural area near Greater Pittsburgh International Airport.

Miss Pfender’s sister, Gloria, said shortly after the women’s arrest that the two defendants were lesbian lovers who had harassed men and “gone violent.” The remark was excluded from the trial.

Miss Pfender’s attorney, William Brennan, admitted to the jury that his client was “the shooter.” But he said she acted in self-defense after Aydin made unwelcome sexual advances.

Miss Richardson said she did not participate in the shooting, but only helped Miss Pfender bury Aydin’s body, then escape to Virginia Beach, Va.

Brennan called three character, witnesses to testify on Miss Pfender’s behalf before sentencing. Miss Richardson also was sentenced to 2 ½  to five years in prison for aggravated assault, 1 ½ to three I years for unlawful restraint and 2 ½   to five years for criminal conspiracy. Ross suspended sentence on a charge of hindering apprehension. The two were sent to the State Correctional Institution at Muncy. 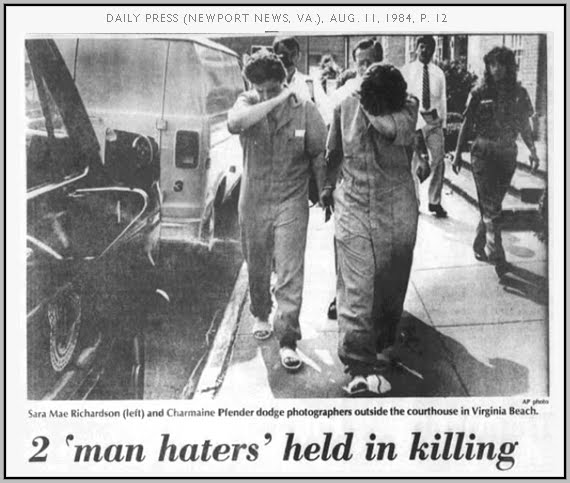 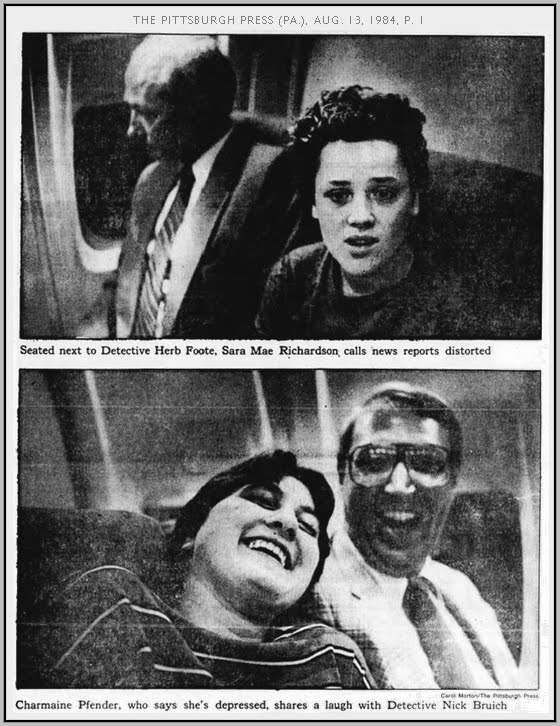 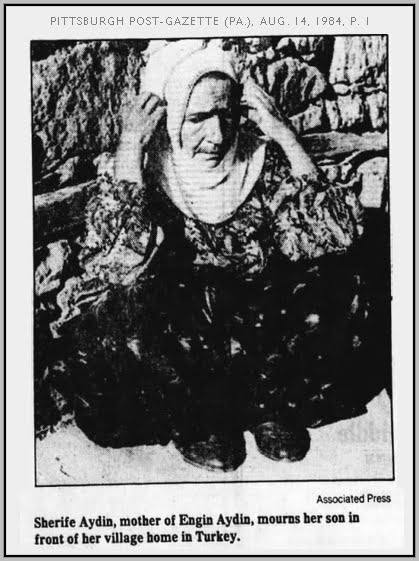 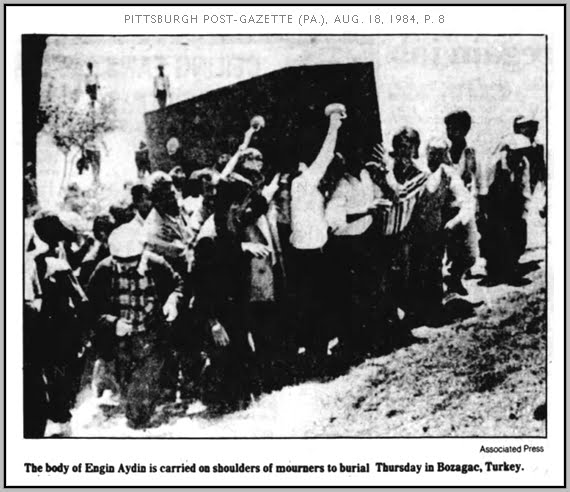 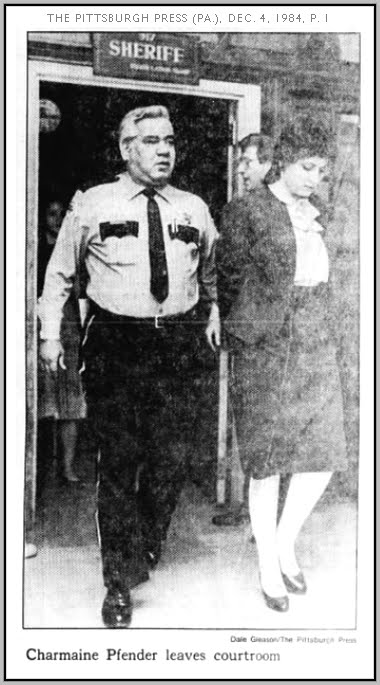 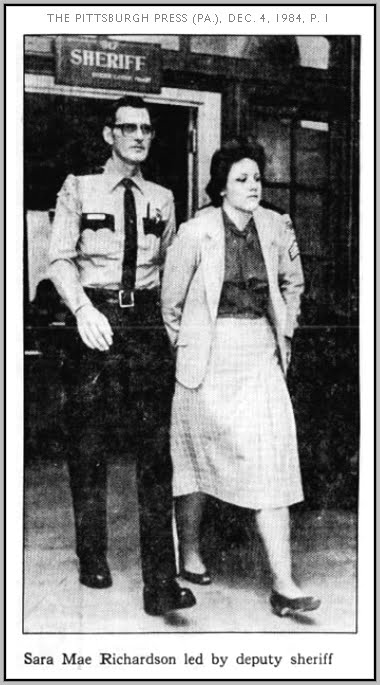 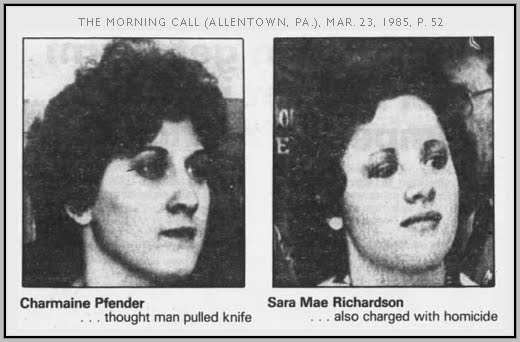 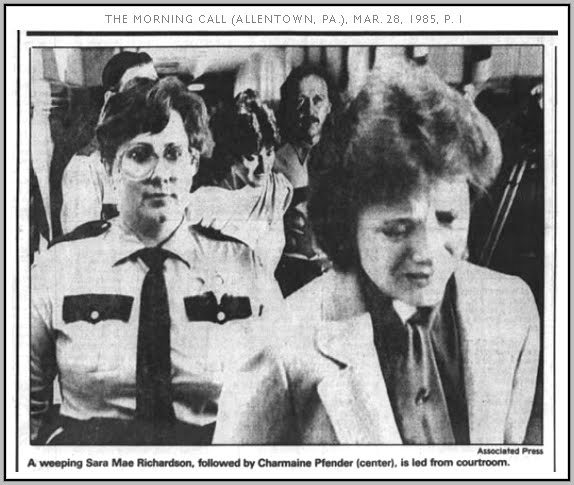 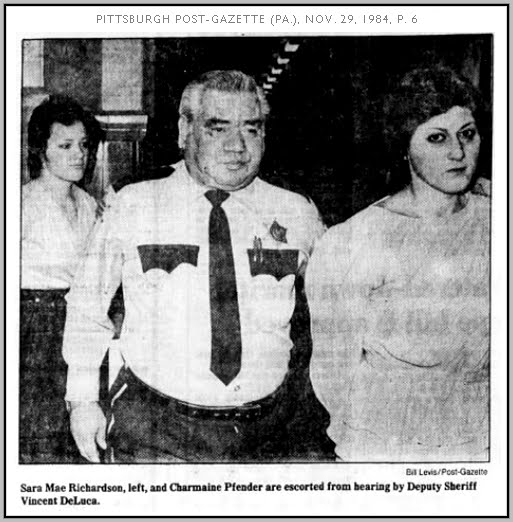