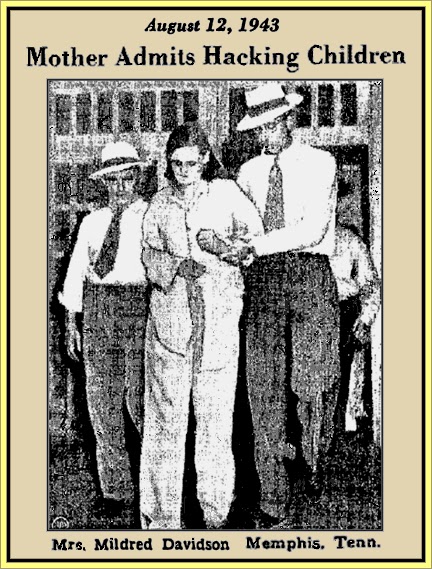 FULL TEXT: Memphis, Aug. 12 – Three children, one only three months old, were hacked to death in bed early today by a long-handled axe and ice pick and, several hours later, police inspector M. A. Hinds announced their mother had been taken into custody.

Capt. Pete Weibenga had said earlier that the mother, Mrs. Mildred Davidson, apparently fled the scene shortly after the slaying. She was walking alone, heading in the direction of her home, when apprehended.

Hinds said no charges had been placed, that a statement was being taken from her in the attorney general’s office.

Weibenga, head of the homicide bureau and in charge of the investigation, said Mrs. Mildred Davidson apparently fled after the children were killed.

Robert Davidson, father of two of the children and stepfather of the other, found them in bed about 7 p. m., their heads slashed and skulls crushed.

Davidson, employe of an insurance company, said his wife awakened about 6 a. m., and asked if he was going to get up and plant some corn in the garden. He replied in the negative and went back to sleep.

About an hour later, he added, he went into the front room of the duplex apartment and found the slain children – one in a large bed, another on a couch and the baby in her crib.

Standing against a large fireplace in the room was a blood-stained axe which Weibenga named as the death weapon. 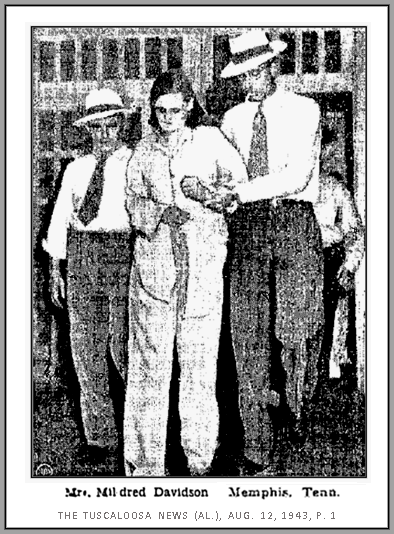