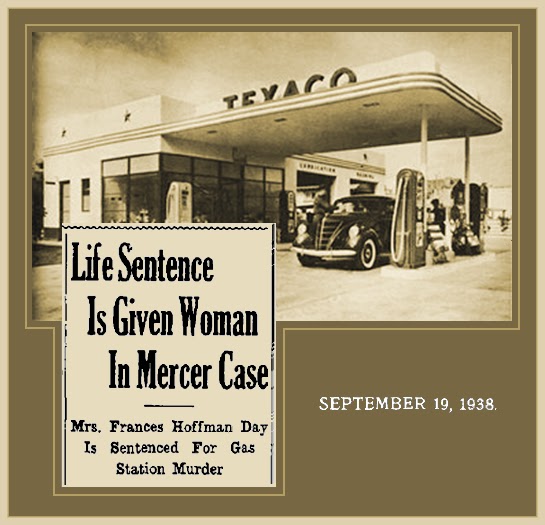 He imposed sentence after establishing the degree of her guilt at first degree murder and after declaring that laws of the state automatically fix the life sentence inasmuch as she had entered the guilty plea.

When sentence had been pronounced. Judge Rowley asked her: “Have you anything to say?”

“Nothing to say,” Mrs. Day quickly replied in a low voice that was hardly audible in the packed courtroom.

William K. Redfoot, 29-year-old Harrisville farm hand admitted wielding the axe that killed Sidley, was sentenced by Judge Rowley to from 10 to 10 years in the Western penitentiary at Pittsburgh. His guilt had earlier been determined by Judge Rowley at second degree murder.

Redfoot pleaded guilty after giving police a confession in which he painted Mrs. Day as the “brains” of the plot. He appeared as the chief commonwealth witness against her at her trial.

The third defendant in the case. Fred Goodwin, 47-year-old Sandy- Lake miner, indicted for murder, manslaughter and robbery, will not come to trial until the December term of criminal court.

Goodwin’s attorney this morning asked Judge Rowley to delay his trial until the December term of criminal court, and the request was granted.