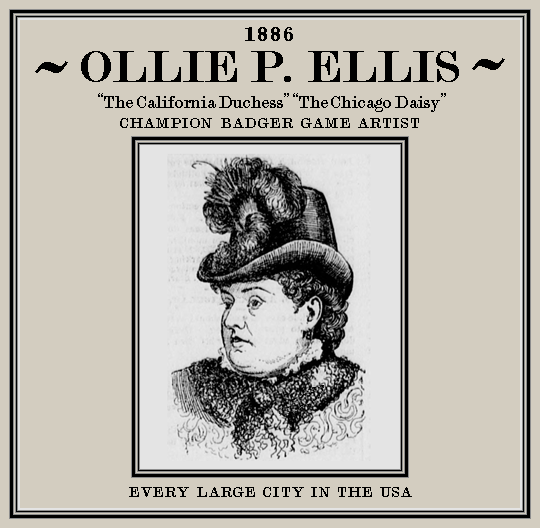 FULL TEXT: Detectives Raff and Block yesterday afternoon learned that Ollie P. Ellis, alias The “California Duchess,” alias the “Chicago Daisy,” had returned to the city by the 10:40 train from Baltimore. She proceeded to a fashionable up-town hotel with companion named David S. Ketchum. They registered as man and wife. They had hardly settled down in their room when they received a call from the detective named.

They were taken to the fifth Precinct Station-House and locked up on a charge of being suspicious persons. This is the third time that the woman has been in the custody of the authorities here. The police say the object of the pair was to work the “badger game,” which is simply a bald-faced blackmailing scheme. They were both before Judge Snell this morning on the charge being suspicious persons. Judge Snell required them to give bonds or be committed for three months to the workhouse. He also forfeited the bond given by the ”Daisy" at her last trial. The money was paid and the two left at 12:10 on the B. & O. railroad.

The “Duchess” has had a wonderful career, having worked her schemes in every large city in the Union, and, it is said, has made $60,000 by blackmailing. She is fine looking, rather portly in appearance and a fascinating talker. Her plan was to set up an establishment, passing herself as a lady of means, get some prominent compromised with her, and then demand hush money.

In one of her recent visits to this city she blackmailed an amorous member of one of the foreign legations here out of $500, she threatening exposure of the distinguished foreigner if he did not give her more hush money, but he at last absolutely refused to yield further to her importunities. It is said that some spicy correspondence took place between the “Duchess” and the gay foreign Lothario, which, if published, would cause a social scandal of rare magnitude.

She arrived in the city yesterday accompanied by Ketchum, whom she intended to pass off on the distinguished foreigner as her brother come to demand satisfaction, and require a large sum of hush money to keep the matter quiet. This was the little game that the police spoiled. It is also said that on her former visit the woman blackmailed a prominent hotel man for a large sum.

A CRITIC reporter found the Duchess, dressed in a magnificent costume, resplendent with diamonds and jewels, sitting disconsolately in the little whitewashed waiting-room of the Police Court this morning. “All these stories, about me are base fabrications,” she cried, her fair breast heaving with emotion and her pretty black eyes snapping. “I cannot understand why I am persecuted this way by the press and the police. I have never blackmailed anyone, and I haven’t the sensational career that the papers represent. I am a married woman, and have five children. My daughter is now in Europe being educated, and my son in California. I expect him here shortly, and he will make it hot for some of these people who have been persecuting me.

“Our family has been persecuted over since I can remember. Colonel Snelbaker was the cause of my sister’s ruin and of my father’s death. It is true that I have seen considerable of the country, for I have had the money to travel, but I am perfectly innocent of all these charges about blackmailing any one here.” Detective Raff stated Kethcum admitted that he know the character of the woman, and that he was discharged from his position of clerk of the Clarendon Hotel in Baltimore on her account. 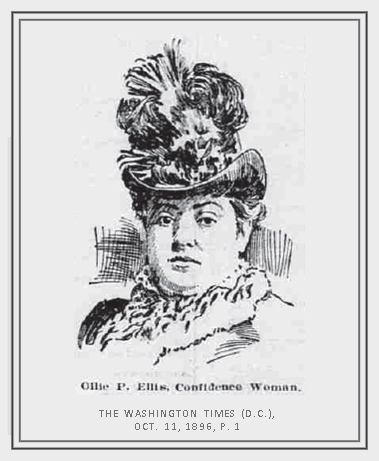 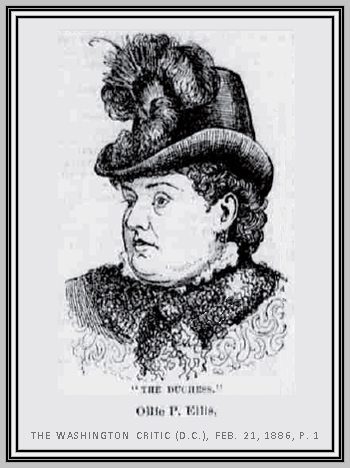