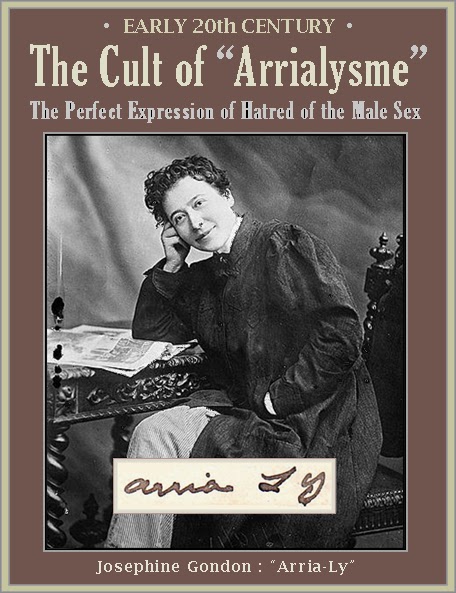 EXCERPT: Still more extreme [in her anti-male views than Louise Deverly-Dupont] was Arria-Ly (Josephine Gondon, 1881-1934), who along with her mother campaigned for women’s suffrage in their home town of Toulouse. From her youth both parents had instilled in her a revulsion against the flesh and sexuality. Something of a latter-day Cathar, she aspired to found a new cult of “arrialsme” which would be a perfect expression of her hatred of the male sex, whose ultimate extinction she envisaged by the practice of universal virginity on the part of women – a cause which did not endear her to the villagers of the Ariège where she regularly repaired for health reasons. Her short-lived newspaper Le Combat féministe had just forty-four subscribers and, following the death of her mother, whom she called “sister,” in 1934 she took her own life.