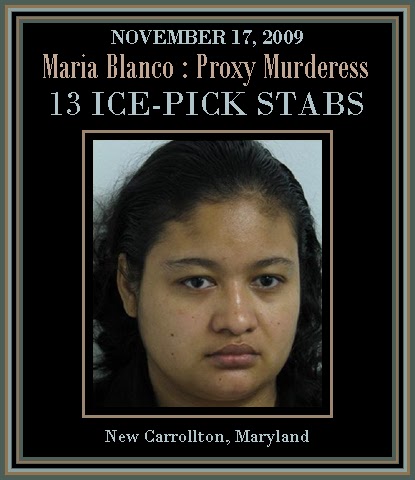 Wheaton, Maryland – Maria Blanco, 23,  proposed a plan to her husband, Moises Rodriguez, 20. She would invite her ex-boyfriend, Samuel Chacon, father of her child, over for a sex romp. After embracing Samuel Moises would jump out from behind a tree and stab him to death with an ice pick  And it worked, on Nov. 17, 2009, Samuel walked into the trap and was polished off with thirteen stabs – five blows to the back, eight to the chest.

When she was questioned by detectives in the days after the murder, Maria used the standardized false accusation strategy, selecting the “rape” version. She was not, however, believed.

As it turns out, Maria had lost custody of her six-year-old child to the murdered father. The killers were each sentenced to 45 years in prison. 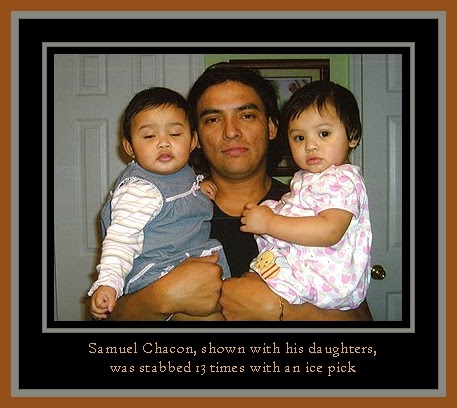