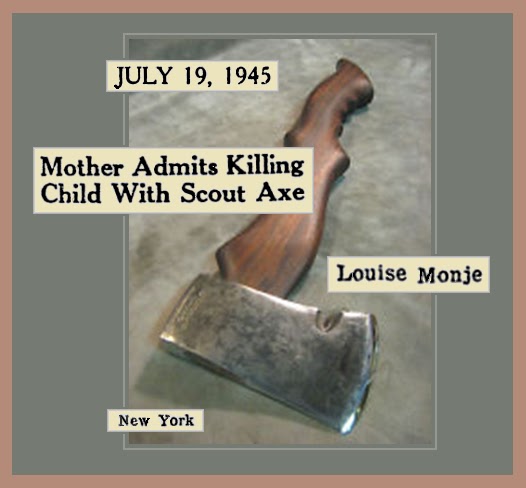 Mrs. Monje, separated from her husband, Albert, a garage mechanic, since last March, was taken to the Borough Park police station, Brooklyn, for further questioning. No charge was placed against her.

The detective said, Mrs. Monje awakened her mother, Mrs. Anna Muller, 77, and sobbed, “Well, I did it.”