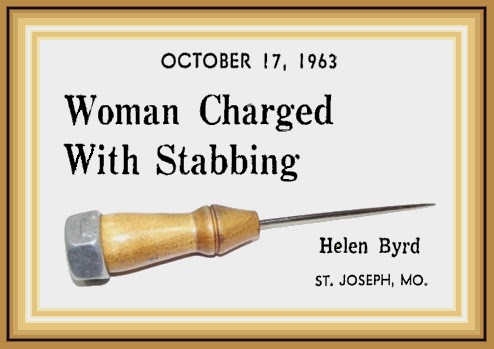 The woman was taken into custody yesterday afternoon by Detective Sergt. Leo Schott and Detective Bill Piner, who were investigating a hospital report that Wood had been stabbed in the eye with an ice pick. The injury reportedly occurred yesterday morning but police were not informed until several hours later when Wood went to the hospital.

The Byrd woman’s preliminary hearing was set for Nov. 1 by Magistrate James P. Hull. She was committed to the county jail in lieu of $5,000 bond.