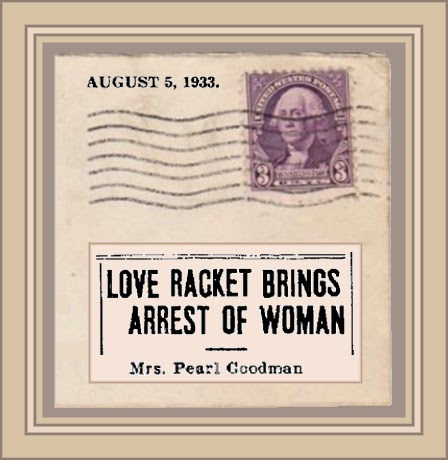 They were responsible for her arrest by federal authorities an confinement in jail under $2,000 bond.

Ardor of the two swains, Elmer Martin, Martinsville, and J. D Trill, Chicago, was cooled by constant demands of Mrs. Goodman for money, they said. Martin told postal inspectors that he paid the woman $180 in varying amounts while Thill said his magazine romance cost $750.