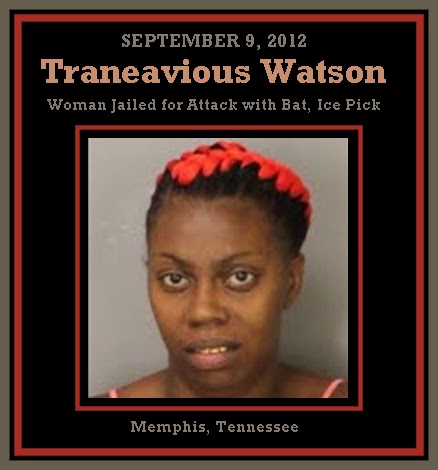 On September 9, 2012 Memphis police responded to a report that a fight that started in an apartment building lobby and moved out to a parking lot. They learned that a man and his daughter were visiting a resident, his sister, Traneavious Watson, 32. Traneavious decide to refuse the pair entry but two got in by following another resident. Ms. Watson was displeased. There was a blow-up. Physical blows were involved. As the altercation moved its way outside the reluctant hostess tried to hit her brother with a metal baseball bat and he fell to the ground and stabbed the man several times in the leg with an ice pick She nailed her niece with the weapon through the hand, as police recounted.