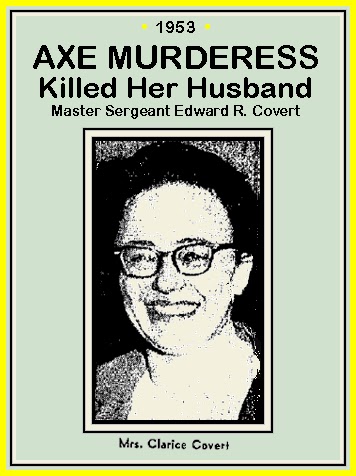 FULL TEXT: Washington, June 11 – Two women convicted overseas of killing their soldier husbands have been freed by the supreme court on grounds the military courts that tried the women had no authority to do so.

The decision yesterday mean freedom from life sentences for Mrs. Dorothy Krueger Smith convicted in Tokio for the stabbing of Col. Aubrey D. Smith and Mrs. Clarice B. Covert, convicted in England for the ax murder of M. Sgt. Edward E Covert.

Mrs. Covert was free on bond awaiting retrial by a military court. Mrs. Smith was expected to be released in a few days iron the Alderson W. Va. reformatory.

Justice Black, in a 39-page opinion, reviewed the role of the military in the American system of government and declared that under the Constitution, civil courts alone, have the power to try civilians for crimes committed against the United States.

“We should not break faith with this nation’s tradition of keeping military power subservient to civilian authority, a tradition which is firmly embodied in our Constitution,” Black said.

The court’s ruling was a reversal of a decision given one year ago today. Last year, the court said military tribunals could try civilians abroad.

Council for the two women won a rehearing by protesting the high court had left unresolved important constitutional questions.

Joining with Black in yesterday’s 6-2 decision were Chief Justice Warren and Justices Douglas, Harlan, Brennan and Frankfurter. But Frankfurter and Harlan in separate concurring opinions said they were ruling only against military trials overseas in capital cases. Justice Whittaker did not participate.

Justices Clark and Burton in a dissenting opinion said the majority decision left only the “unhappy prospect” that dependents of American soldiers would be prosecuted in foreign courts. They also said the Constitution makes no distinction between capital and other cases.

“The concept that, The Bill of Rights and other constitutional protections against arbitrary government are inoperative when they become inconvenient or when expediency dictates otherwise is a very dangerous doctrine and if allowed to flourish would destroy the benefit of a written Constitution and undermine the basis of our government.

“If our foreign commitments become of such nature that our government can no longer satisfactorily operate within the ground laid down by the Constitution, that instrument can be amended by the method which prescribes. But we have no authority, or inclinations, to read exceptions into it which are not there.”

Black recalled that at the time he two women were tried was in effect with The United States, Great Britain and Japan. The agreement said U. S. military courts could try American servicemen and their dependents for offenses committed abroad.

“The obvious and decisive answer,” said Black, “is that no agreement with a foreign nation can confer power on congress, or any other branch of government, which is free from the restraints of the Constitution.”