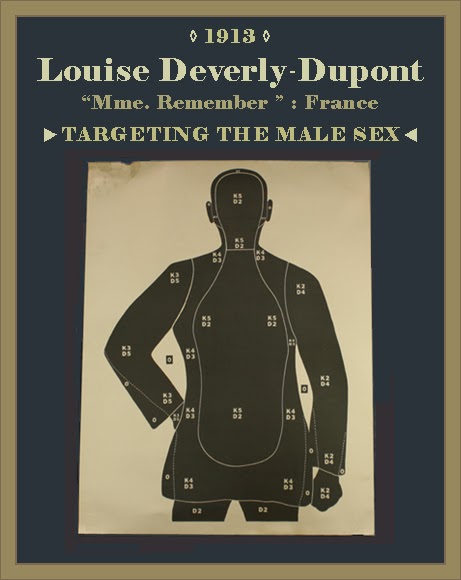 EXCERPT: In the France of the belle époque, Pelletier [famous feminist] could not be other than an isolated figure. Among her few collaborators were some women who held views even more extreme than her own. One was Louise Deverly-Dupont (1845-1925), who called herself Mme Remember. A convert to feminism after discovering La Fronde,  she wrote for Pelletier’s La Suffragiste before founding her own journal Le Féminisme intégral in 1913, which she described as an “organ of combat.” Harbouring a hatred of men which bordered on the pathological (the result, it would appear, of an unhappy marriage) she had two favourite themes, namely that the great majority of men were infected with syphilis and that women should at all times carry guns against the omnipresent threat of assault from the predatory male.