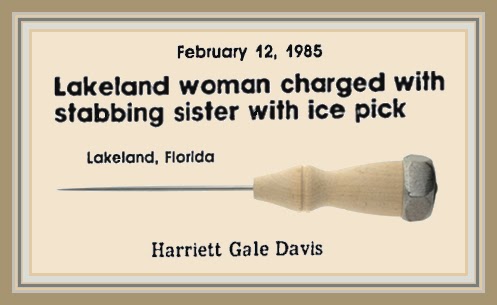 FULL TEXT: Lakeland – A 22-year-old Lakeland woman was charged with aggravated battery Sunday after her sister was stabbed in the face with an icepick, according to a Lakeland Police report.

Davis was visiting Valerie Davis at 1403 N. Kettles Ave., Apt. 26 in Lakeland when she and Clareatha David, of 322 vW. Hunter St., began to argue, police reports stated. Clareatha Davis suffered a puncture wound in her nose and upper lip during the argument, according to reports.