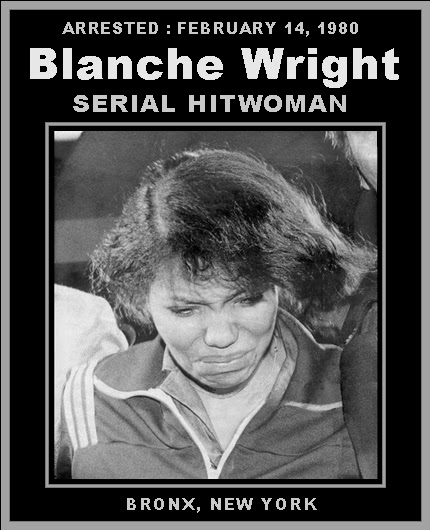 FULL TEXT (Article 1 of 2): New York – Police Thursday charged a 21-year-old woman worked as a hired “hitwoman” to help her partner kill at least six narcotics and gambling figures for $10,000 each.

“These were cold, hard assassins. They came up here to assassinate these people at $10,000 a head,” suburban Mount Kisco police Detective Robert Cercena said of Miss Wright, described as an attractive well-dressed woman, and Young.

Young and suspected drug dealer Marshall Howell, 25, died last Friday in a shootout in the parking lot of a Mount Kisco apartment building where Howell lived.

Cercena said Young and Miss Wright were an “assassination for profit” team that took contracts to kill people who were “either involved in drug traffic or in big numbers operations.”

He had also been arrested for burglary, assault, attempted murder, sex abuse, sodomy and armed robbery and was wanted for crimes in New York, New Jersey and St. Louis, Mo.

Howell and Norman Bannister, 25, were leaving the Mount Kisco apartment last Friday, when they were ambushed by Young and Miss Wright, police said. Cercena said it appeared that Howell killed Young and was killed in turn by Miss Wright, who fled. Bannister was not hit.

“She confessed to being involved in six murders and said Young had been involved (separately) in two or three others,” Cercena said.

“There’s also our (the Mount Kisco) homicide and a stickup in a residential area of Engelwood Cliffs, N.J., last year. Besides that, she’s implicated (in) two other homicides (and) he’s implicated in two more,” Cercena said. 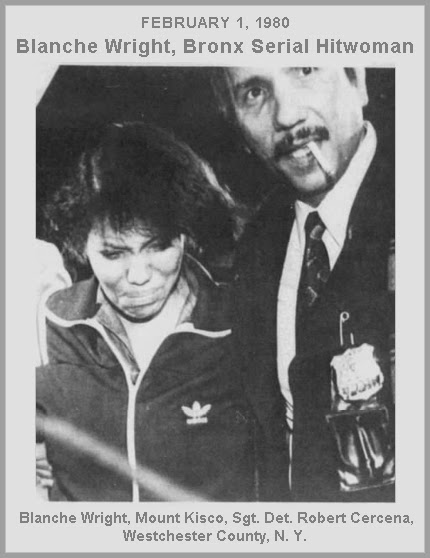 FULL TEXT (Article 2 of 2): White Plains – A 21-year-old Bronx woman who police described as half of a “Bonnie and Clyde” has been sentenced to two life terms in prison for contract murders she committed in the past year. State Supreme Court Justice Isaac Rubin yesterday sentence Blanche Wright to 18 years to life in prison for the Feb. 8 murder of reputed drug dealer. Her alleged partner in the crime, Robert Young, was killed in the shootout. Following that sentencing, Wright was whisked to the state Supreme Court in the Bronx where Justice Burton Hecht sentenced her to a concurrent term of 15 years to life for a murder-for-hire in the Bronx on Jan. 21. she pleaded guilty to a homicide charge in that case last month. 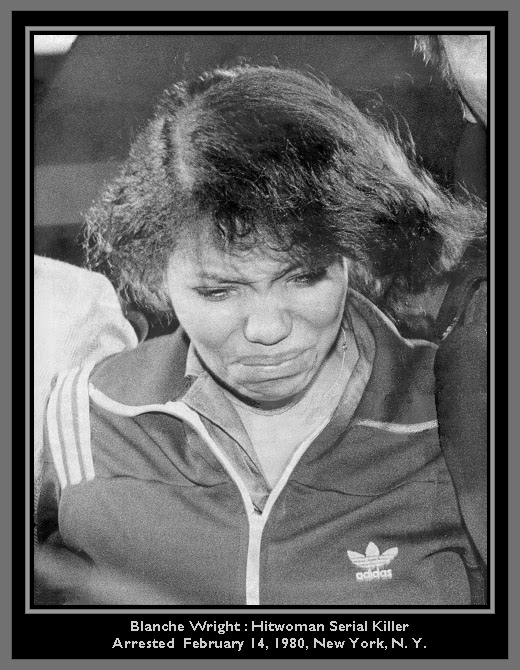 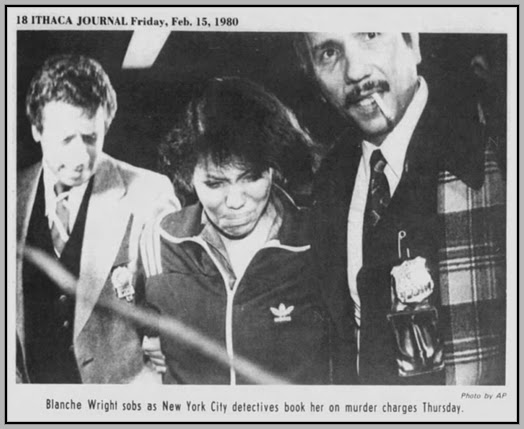 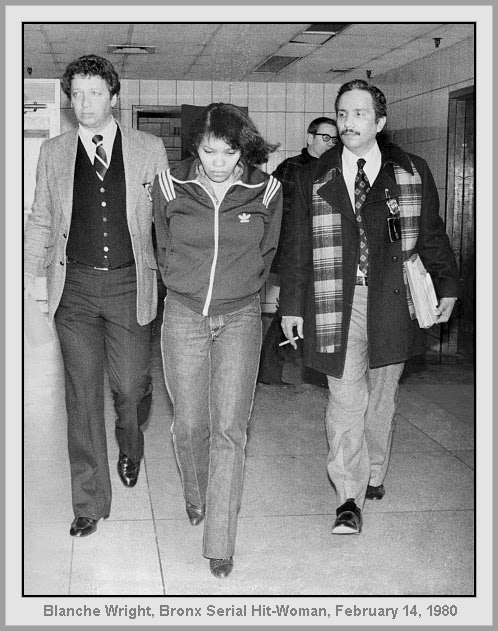 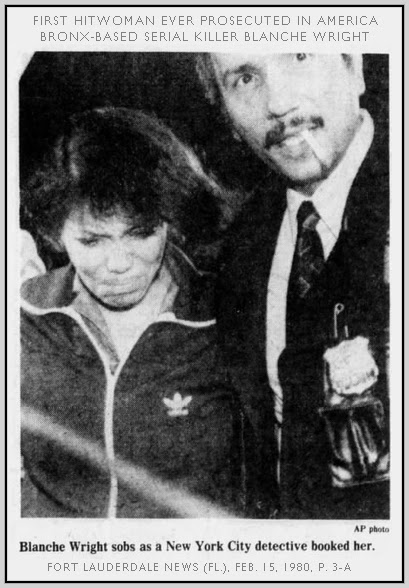